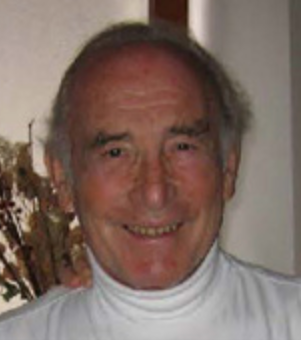 The Pre-History Of The Nephrology Division

Before there was a nephrology division there were only full time faculty doing research in renal physiology and related fields such as endocrinology. These few met once weekly in the Nephritis-Hypertension clinic founded for the treatment of kidney disease and hypertension by Drs. Dana Atchley and Robert F. Loeb. When I first worked there as a third and fourth year student, the key participants were Dr. Stanley Bradley and his renal physiology laboratory, Dr. John Laragh and his endocrine laboratory measuring the blood pressure hormones, (first aldosterone then renin, angiotensin, prorenin and ANP) and Dr. George Perera studying the natural history of untreated essential hypertension (there was no treatment at the time). In and out were various fellows and associates like Dr. Marcel Goldenberg who discovered Pheochromocytoma via measuring catecholamines. The clinic had an international reputation and many private patients went there for consultation and treatment. At the end of each session, there was an hour meeting for case discussion or a visiting scientist. Sir George Pickering came often when in New York, and presented his work. Dr. Joe Jaller came to teach us about endocrine biofeedback which shaped Dr. Laragh’s thinking about hypertension as an endocrine disease.

I joined the clinic staff full time in 1959 after joining the faculty as a clinical instructor and the hospital as an attending physician. I continued to work in John Laragh’s lab and its clinical unit the “Metabolism Ward,” while in full time clinical practice. Dr. Bradley viewed all kidney disease as Bright’s Disease and worked on its natural history. The only treatment for hypertension was bilateral thoraco-lumbar sympathectomy for malignant hypertension, rawolfia serpentine for the benign form, and finding a “secondary cause”: pheochromocytoma, adrenal tumors and something called (before angiograms) unilateral renal disease.

Hemodialysis was in early use for the treatment of acute reversible renal failure, mostly in Europe, and only at Cornell-Bellevue in New York. The most important clinical necessity for the large dialysis centers was triage of the legions of referred renal failure patients (for the relatively few hemodialysis machines) between acute, potentially reversible, renal failure and end-stage irreversible disease. The only reliable clinical tool for this critical distinction was renal biopsy, which literally decided life and death. In 1959, Brun and Iversen in Copenhagen used the liver needle with the patient sitting and someone’s fist in the anterior flank to stabilize the biopsied organ. Clinical Nephrology began then. Bright’s Disease disappeared into an organized confusion of new pathologically designated renal diseases, but the scientific basis of a nephrology specialty was stablished.

Just not yet at CPMC. In 1959, Dr. Bradley became chief of medicine. He likened the treatment of renal failure to that of polio. Hemodialysis was “Sister Kenney medicine” and the money should be spent finding an “Enders”, a cure for renal diseases. No dialysis of any kind for CPMC. Nephrology was kept alive by renal physiology studies with Drs. John Laragh, Paul Cannon and myself on hepatorenal syndrome, by the treatment of malignant hypertension in the metab unit, clinical studies of the natural history of low-renin hypertension, and by biopsy studies of Systemic Lupus (with Dr. Charles Christian and the Rheumatology division) and idiopathic Nephrotic Syndrome, coupled with metabolic ward studies of nephrotic edema and the RAS system supported by Laragh’s Core Lab. The biopsy program was enriched by association with Drs. Beatrice Seegal, Konrad Schu, and Eliot Osserman who provided world class immunofluorescence for every biopsy. This lead to the first Lupus Study to biopsy every patient diagnosed with serologically proven SLE, eventually leading to a new clinical classification.

At the Atlantic City Meetings of the Society of Clinical Investigation, the “Young Turks,” in 1960 and 61, Dr. Belding Scribner presented the first patients who were dialyzed chronically with end stage renal disease. Arrayed in the front rows were all the nations’ senior nephrologists, virtually all, like Dr. Bradley, former fellows of Homer Smith plus Willem Kolff, the inventor of the first dialysis machine. Four tried to reproduce Scribner’s results between 60 and 61, without success. There was a tone of moral condemnation in their rejection of this “impossible treatment,” a machine which just filters and performs none of the kidney’s metabolic function. I probably witnessed the last gasp of vitalism in the 20th century. But they could not dismiss Scribs’ 4 functioning live patients who had reasonably good quality of life and looked fine.

This did not affect Department of Medicine policy, even when one patient’s family brought the Cornell unit to PH to perform a successful acute dialysis, and I did the first peritoneal dialysis in Harkness on Dr. Bradley’s lab technician whom he had entrusted to my care. I was emboldened to risk this step by the patient’s husband who said, “Dr. Meltzer you are western, you believe in life after death. I and my wife are eastern (Chinese) and we believe death is oblivion. Please dialyze my wife.” I bought the equipment and put in the peritoneal catheter myself. She was brought out of coma and uremia with peritoneal exchanges over 48 hours, and transferred by plane to the new chronic dialysis unit in Rochester, Minnesota. The “case” could not be presented at “team rounds.”

The logjam broke when the Department of Surgery could no longer be restrained from doing Kidney transplant. Dr. Fred Herter, chief of Surgery, conceived the idea of using Delafield Hospital for Kidney Dialysis and starting a transplant service there. He asked Dr. Bradley for medical help, “Can I have Jay Meltzer?” Answer unprintable, but I went to Delafield as a nephrology consultant. Dr. Joseph Buda headed the unit and the first Kidney transplant was performed there in November, 1969. She was a 27 year old woman with SLE. It was the first successful transplant of end stage renal Lupus which we reasoned was not as risky as everyone thought (Lupus hyperimmunity was largely humoral, perhaps cellular immunity was suppressed). Turned out Lupus transplants did better. This case was presented at the American Society of Nephrology Meetings and initiated the regular use of transplant for end stage renal Lupus.

When Dr. Bradley resigned as Chief of Medicine, there was an interregnum of acting chiefs, finally settled with the arrival of Dr. Charles Ragan, back from Columbia-Bellevue. In 1972, a proposal to build an outpatient chronic dialysis unit in Atchley Pavilion, presented in person by the CEO of the highly expert National Medical Care Corporation, directly to Hospital President Felix DeMartini, at no expense to the hospital, was rejected. But under Dr. Ragan, an acute hemodialysis unit was put in PH in 1973 (the Delafield unit under Dr. Ginette Jacob moved over), just in time to avoid being grandfathered out of the regional dialysis program. Dr. Don King brought Dr. Conrad Pirani into the pathology department and the stage was set for the nourishment of nephrological science via the educational power of the weekly renal biopsy conference.

In 1975, Dr. Ragan appointed me acting director of the new Nephrology division, and our first fellow was Dr. Gerry Appel. The division was Gail Williams, myself, Gerry and Ginette Jacob. It was Gerry’s powerhouse of energy and smarts that helped put us on the map very quickly by his ability to organize a decade of information about the Lupus biopsies into a seminal paper on classification. The weekly renal biopsy conferences became a model for learning and research and created a camaraderie in the division that exists to this day.

When Dr. Dan Kimberg came to reinvigorate and reshape the leadership of the Department of Medicine, he recruited Dr. Qais Al-Awqati and the real history began.

“
”
In 1975, Dr. Ragan appointed me acting director of the new Nephrology division, and our first fellow was Dr. Gerry Appel. The division was Gail Williams, myself, Gerry and Ginette Jacob. It was Gerry’s powerhouse of energy and smarts that helped put us on the map very quickly by his ability to organize a decade of information about the Lupus biopsies into a seminal paper on classification.
Jay Meltzer, MD

Columbia Division of Nephrology was voted 2nd best in the country by the US News and World Report in 2020-2021.
Twitter Calendar-alt Wrench